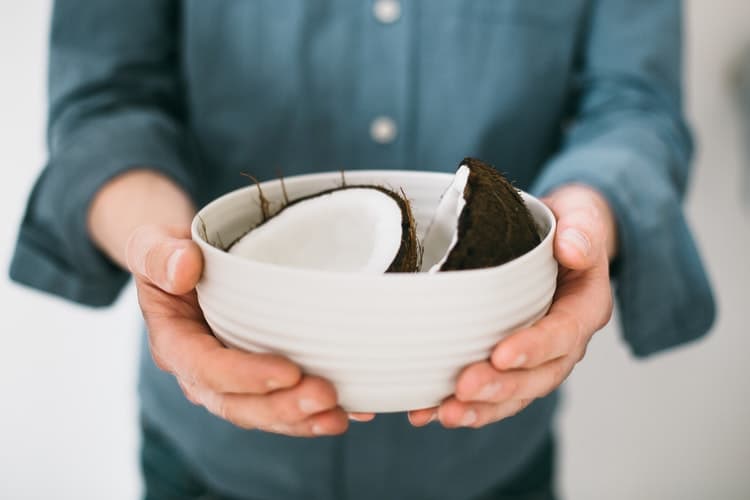 For a long time, coconuts were believed to be problematic when it came to health. However, today studies have shown that this super food is more than just your refreshing drink at the beach.

From dietary health, to skin and hair, many health benefits of coconut have been revealed over the past decade, and today they are becoming a valuable commodity.

We will explore how this refreshing fruit can help improve your health, and why it is making such a massive comeback today.

Points We Will Be Covering

What You Need To Know About Coconuts 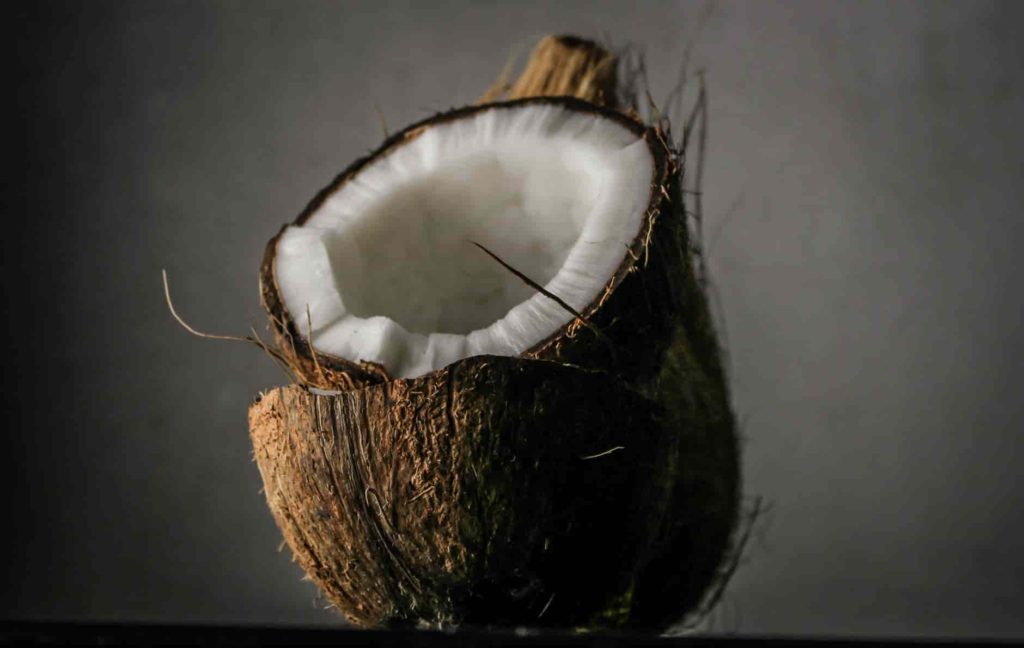 Before we dive into the benefits of coconuts, let’s talk a bit about this food and so we understand it from the inside out.

A coconut is a drupe containing three layers, The Exocarp (outer) layer, the Mesocarp (White flesh layer), and the Endocarp (wooden layer) that encases the seed.

The mesocarp which is the white flesh layer is the part of the coconut which provides its nutritional contents.

Once matured, the coconuts hollow center core will collect a quantity of light milky water, also containing the same nutrients as the white fleshy layer.

For many years, coconuts have been used as a source of food, and medication in Asia, even before the 1st century BCE.

Coconuts have become more popular in recent years, as they continue to make an appearance in Eastern Asia, Brazil the Caribbean islands, including regions of Europe and most of America. This is because new research continues to reveal new benefits that support good health.

What Are The Health Benefits Of Eating Coconut ? 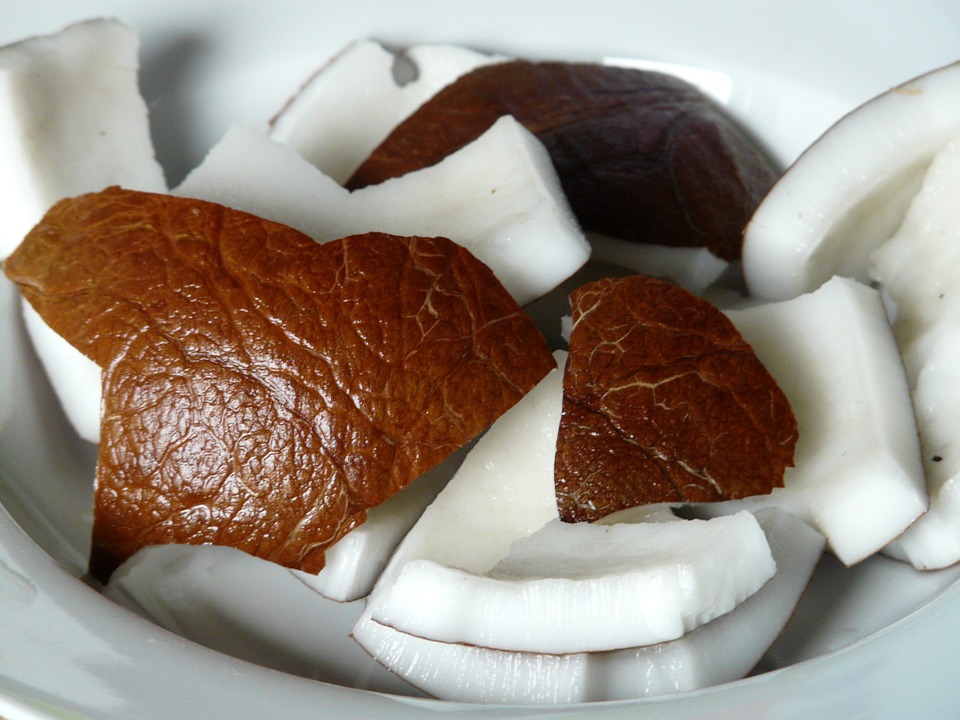 For a number of years, this superfood was believed to cause health problems such as high cholesterol and artery disease due to high saturated fat content.

Today, studies such as the ones done at Harvard University, have shown the opposite.

Below are some benefits of coconuts, and what they have to offer:

Most fats that promote weight gain are made up of Long-Chain Triglycerides. However scientific research shows that coconuts contain Medium-Chain Tryglicerides which are healthy saturated fats that promote fat loss.

As well, these fruits contain HDL Cholesterol (good cholesterol), that actually helps reduce the risk of heart disease, as well as type 2 diabetes.


Coconuts are metabolized very quickly by our bodies, and help boost fat burning.

Lauric acid is found in coconuts, which contain anti-inflammatory properties that support the immune system, which is responsible for fighting off sickness and disease.

Coconuts help prevent cancer due to insulin reduction and as well remove free radicals in the body.

Due to the healthy medium chain triglycerides found in coconuts, they provide a longer duration of daily energy.

Good For Bones And Teeth

Coconuts increase your bodies ability to absorb magnesium and calcium, which are both essential for promoting healthy bones and teeth.

Also, coconut prevents osteoporosis, which is a condition where your bones become really fragile and lose density, making this a perfect alternative for individuals who are lactose intolerant.

The flesh of Coconuts contain anti-aging properties such as kinetin and trans-zeatin which help fight signs of aging.

These properties can help reduce wrinkles, while keeping the skin hydrated and free of bacterial infections that can lead to acne and breakouts.

How Can I Take Coconuts? 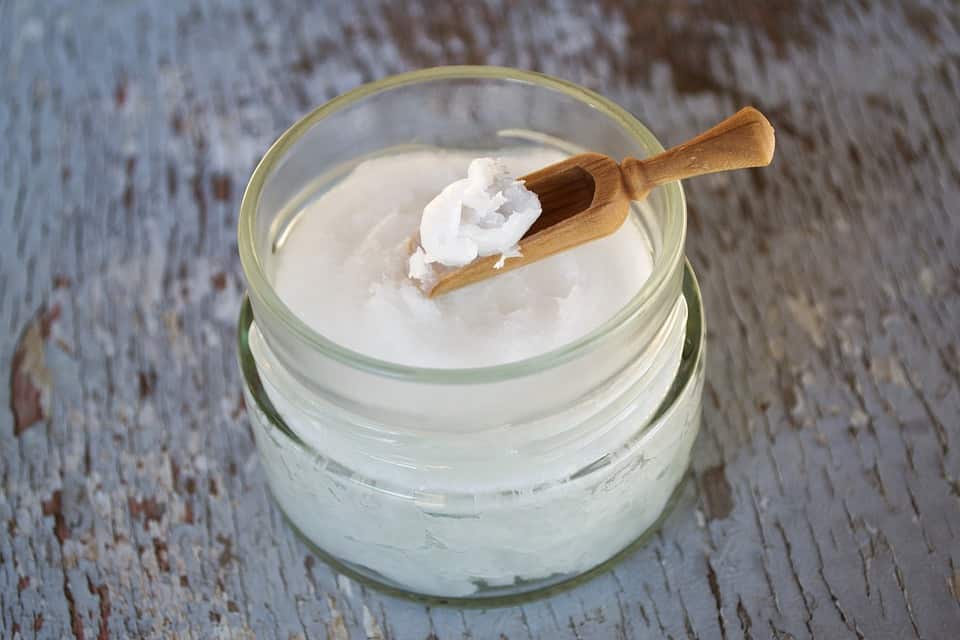 The inner flesh of a coconut can be consumed, which requires you to crack open the seed itself, and carve out the contents.

But how do we take advantage of its benefits if we are long ways away from our favourite beach?

There are two popular forms in which you can intake this highly acclaimed super fruit. Coconut oil, and coconut water or milk.

The oils are sourced by extracting the raw contents from the inner flesh layer or the Mesocarp.

Once the oil is heated it becomes soft or can even melt, allowing you to store it for cooking, cosmetic use, or as an edible.

Coconut water is the clear liquid that is contained by the core of the seed.
A coconut will contain more of this nutritious hydrating water, once it is mature and fully grown.

The health benefits of coconut water are the same as eating the inside of the fruit itself. However, consuming this delicious milky liquid should be taken in moderation.

Because coconut water contains higher levels of potassium, it is important to take it in moderation in order to prevent hyperkalemia, which can put you at risk of a stroke or heart attack.

Both the oil and water is sold in a variety of stores today. This in mind, it is important to be aware of the additional sugars and additives that may be added in each product which may lessen the nutritional value found in raw coconuts.

What Happens If You Eat Coconut Everyday?

As we all know, eating too much of anything is never a good thing.

Although coconuts are loaded with nutrients and contain many benefits, its high calorie and saturated fat content can result in weight-gain if eaten excessively.

Coconuts can be used as an alternative to foods that contain non-healthy fats and cholesterol, helping with weight loss, and weight management.

Think of it like eating honey which contains healthy glucose (sugar). It can be a perfect alternative for white sugar.

However, if too much is consumed, it can still cause you to gain weight and cause the same health complications as any form of sugar would.

How Much Coconut Should You Eat or Drink Everyday?

How much coconut oil or water that should be consumed varies from person to person, depending on cholesterol, sugar levels and other health factors.

How Much Coconut Oil?

Studies have shown that an effective dose of coconut oil, in benefiting weight, and nutrition is anywhere between 2 to 2.5 tablespoons daily.

Because of its high saturated fat content and cholesterol, it is important to take proper precautions.

Speak to your doctor if you are diagnosed with any health condition such as diabetes or heart disease.

How Much Coconut Water?

Again, this varies from person to person.

Considering the high amounts of potassium that is in coconut water, drinking coconut water in moderation can reduce heart disease, including hyperkalemia.

Health Benefits Of Using Coconut Oil For Hair And Skin. 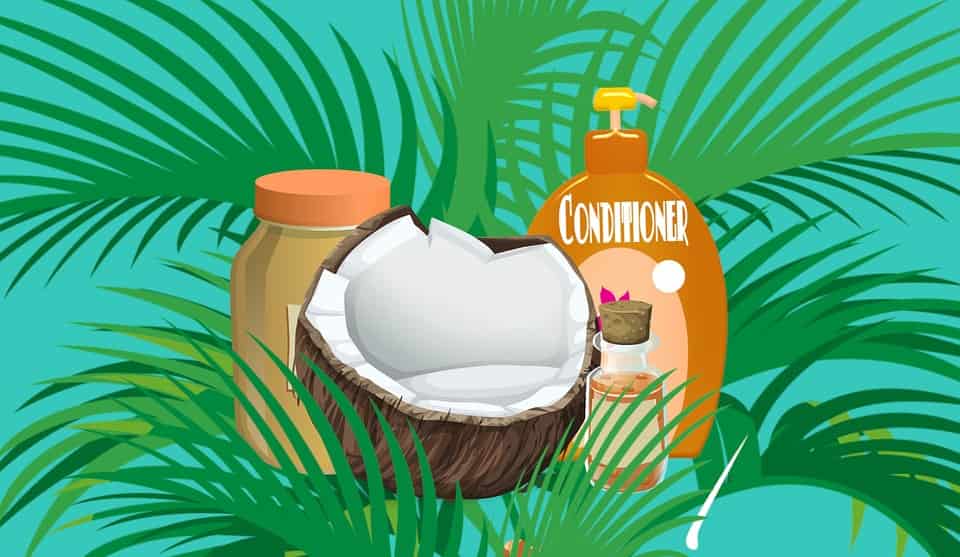 Not only can coconut oil be consumed, but can also be used for cosmetic treatment such as skin and hair.

Coconut oil that is extracted from the flesh of mature coconuts are found to help hydrate and moisturize skin.

Studies have also shown that the oils found in coconuts also contain other benefits for your skin, including:

Using Coconut oil for skin can also help treat acne, thanks to its anti-inflammatory properties.

Numerous studies have found that the lauric acids which contain these inflammatory properties, can often be more effective than benzoyl-peroxide, which is commonly used to fight acne caused by bacteria.

Coconut oil has been used to manage hair for decades, making it one of the first natural hair solutions before products started to take off the shelves.

The oils are able to go deep inside the hair follicles, which deliver multiple benefits, including:

Using Coconut oils can also help to slow down hair loss if used regularly, because it helps prevent the roots from drying out, by keeping them hydrated.

Although coconut extracts contain healthy fats and cholesterol that promote weight-loss, taking coconut oil should be done in moderation.

Doing this will help prevent potential weight-gain which can ultimately lead to future health complications, including obesity and diabetes.

Be careful when purchasing products containing coconut, and only choose natural products that do not contain additional additives.

Mixing other ingredients and chemicals can compromise the benefiting factors that pure coconuts can provide.